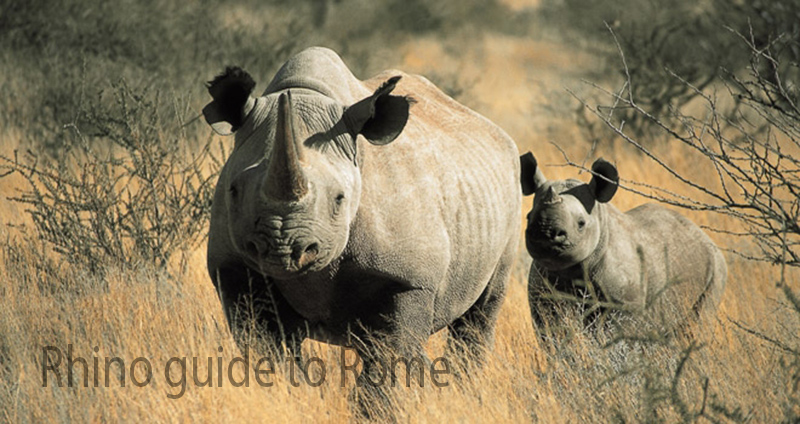 It’s hard to find somewhere so steeped in history as Rome. It is said that history is written by the winners (and the Roman Empire certainly left its mark on Europe) but nothing can compare to the stunning city itself.

Thought to have been founded in 753 BC the architecture shows the city’s rise and fall through the time of the Roman Empire to the Renaissance and its continued development into the thriving city we know today.

We can still see much of what was built in the times of ancient Rome. Many monuments stand in and around the city such as the Mausoleum of Augustus and the Arch of Titus. But more well known and stunning are the Pantheon, Roman Colosseum and Roman Forum. Being around the area is certainly a humbling experience, considering the length of time these marvels have stood.

Moving on to Renaissance architecture and artwork in Rome is once again just as stunning as viewing the ancient buildings. During the Renaissance in Italy, the papacy wanted to match and surpass the other cities in Italy and went on a campaign of constructing ever more impressive churches, bridges and squares. There are literally hundreds of works of art in the city, from artists including Michelangelo, Raphael and Botticelli. Works that shouldn’t be missed include St. Peter’s Basilica, the Sistine Chapel, St Peter’s Square, Piazza Navona, the Trevi Fountain and the network of galleries that make up the Vatican Museums. It is worth noting that most of the religious sites in Rome and the Vatican City won’t let you in wearing shorts or sleeveless tops so go prepared, bearing in mind at the same time that Rome can be very hot in the summer.

Bridging the gap between the ancient and modern worlds somewhat is one of the most recent tourist attractions in Rome; Angels and Demons tours. There are several tours running around the city, both private and public. You will pay extra for a private tour but if you have a fair group size already (5 seems to be the golden number) paying the group price may work out only a little bit more expensive than the larger tours. Bear in mind though that most tour prices won’t include the costs of admission. You could of course go independently and eavesdrop on some of the other groups which will be going round.

If you’re planning to go in the summer, temperatures are high, often hitting 38oC/100oF, so it’s a good idea to take refreshments regularly. The Grattachecca is worth a try; thought to date back to Quintus Fabius Maximus some 2000 years ago, it’s literally a taste of history. If you bear the heat in mind, Rome has a huge amount to offer and is definitely worth considering this summer.

On The Lookout For Unusual Tourist Attractions